What are red dot books? 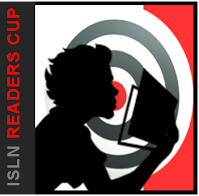 The Red Dot student's choice book awards are an initiative of the International School Libraries (ISLN) in Singapore.  The annual event started in 2009.

All school libraries in Singapore (and the region) are welcome to participate.

Books - in four age-based categories, with eight titles in each - are announced in June.

Voting takes place between March and May.  There is an overall winner for Singapore as well as individual winners within each school.

A Readers Cup competition based on a subset of these short lists is usually held in May.

The Red Dot categories are roughly based on readers, rather than book formats or school divisions.  (NB: It is up to every librarian to determine which books are right for which classes in your school to read.)

Shortlist titles are chosen by a committee of teacher-librarians from recent children's literature (first published in English within the past four years), with the goal of offering a range of books from around the world.